It’s been almost 10 years since I have done a solo road trip and I completely forgot that it’s a total cure for most life problems.  And as part of my whole “Embracing Change“, I decided to stop thinking so much.  I spend all day at work thinking, and my overthinking always leads to STRESS!!

So after a really shitty Wednesday, I couldn’t sleep and decided that I wanted to see the sunrise on the beach.  Solution?  Don’t think.  Pack a bag with a the obvious necessities at 1am and start driving towards the coast. 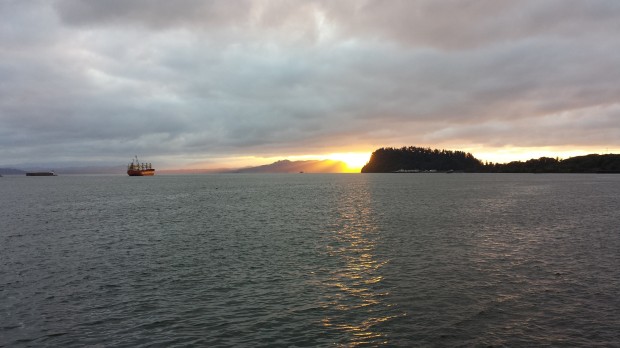 Sunrise from Pier 38 in Astoria, Oregon

Windows down.  Wind in my hair.  Radio up.  Open road…  I feel more relaxed again just thinking about it. 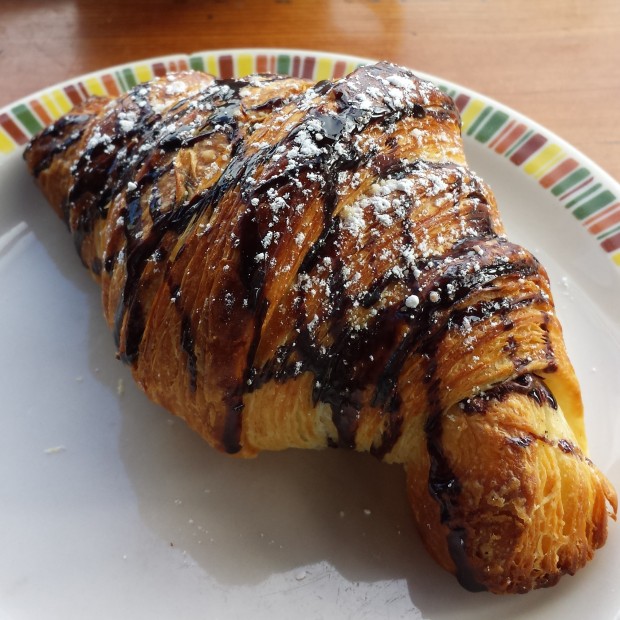 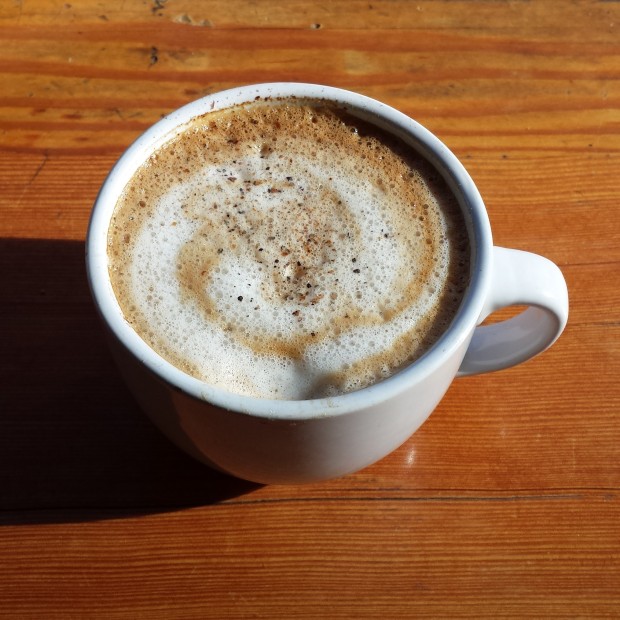 The great thing about being on a solo road trip without abandon is you can just go.  Who cares where you end up.  Unfortunately, I got to the Washington coast around 4am and there was no sun in sight, so I kept going and ended up in Astoria on a mission for sunrise and a fresh coffee and hot pastry from one of their many bakeries. 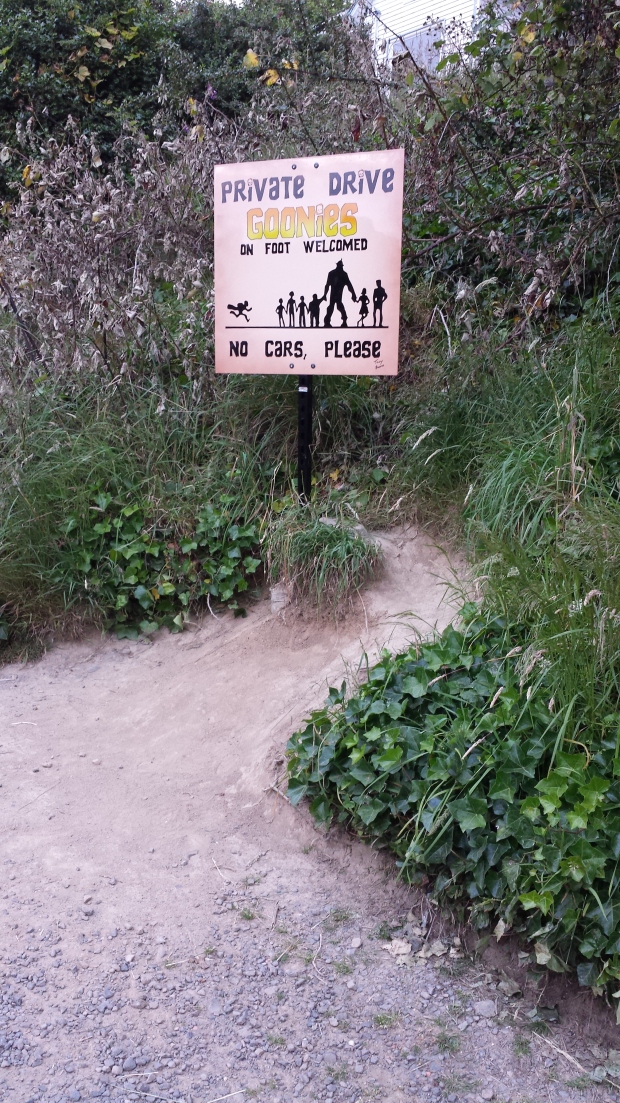 Why don’t we have a food boat following in Seattle?! 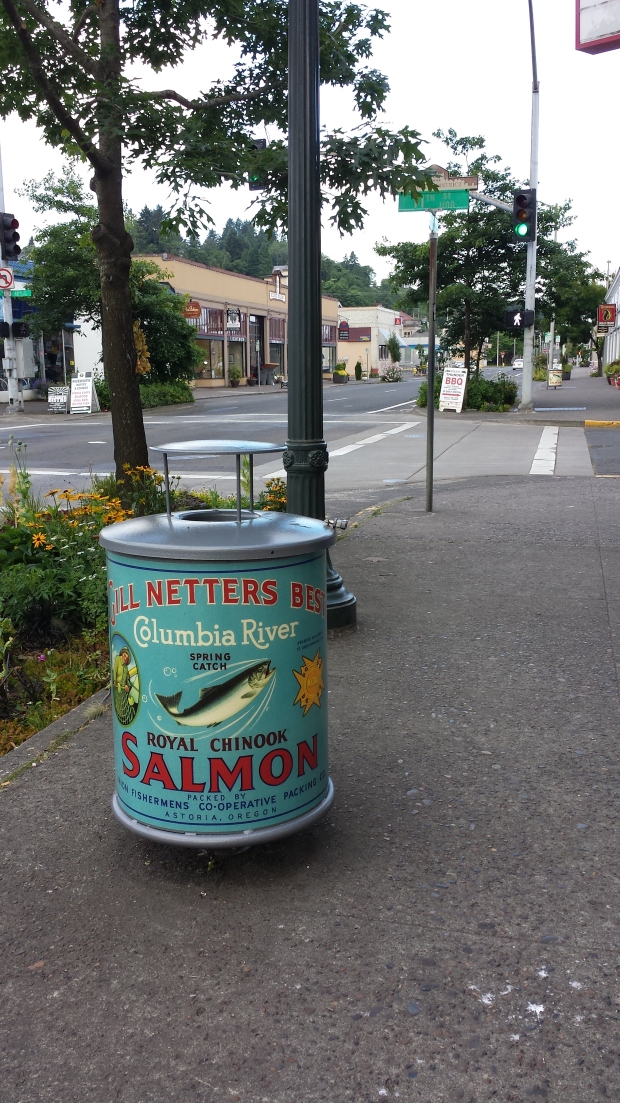 Have you ever spent hours in a city before anything opens?  I can now say that I have and it was surprisingly awesome.  Especially when you can revisit Mikey’s house from the Goonies before the current homeowners are even awake!  Warning: You will risk feeling like a creeper while taking photos of someone else’s house at 6am. 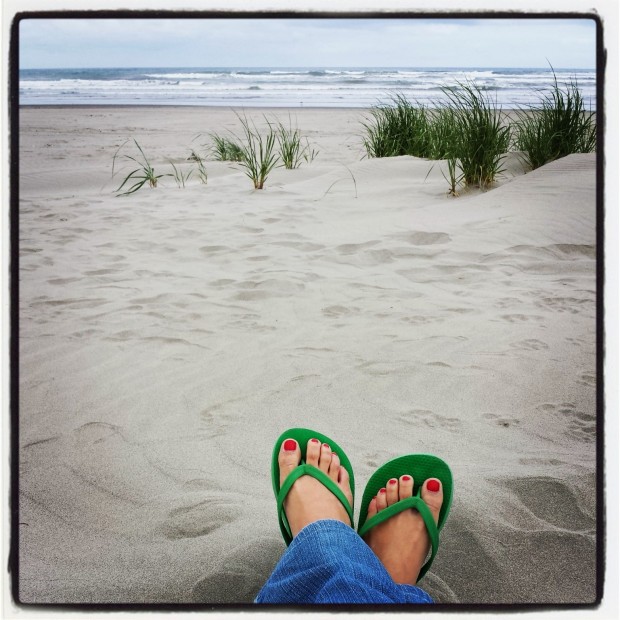 Zoning out with some waves and wind 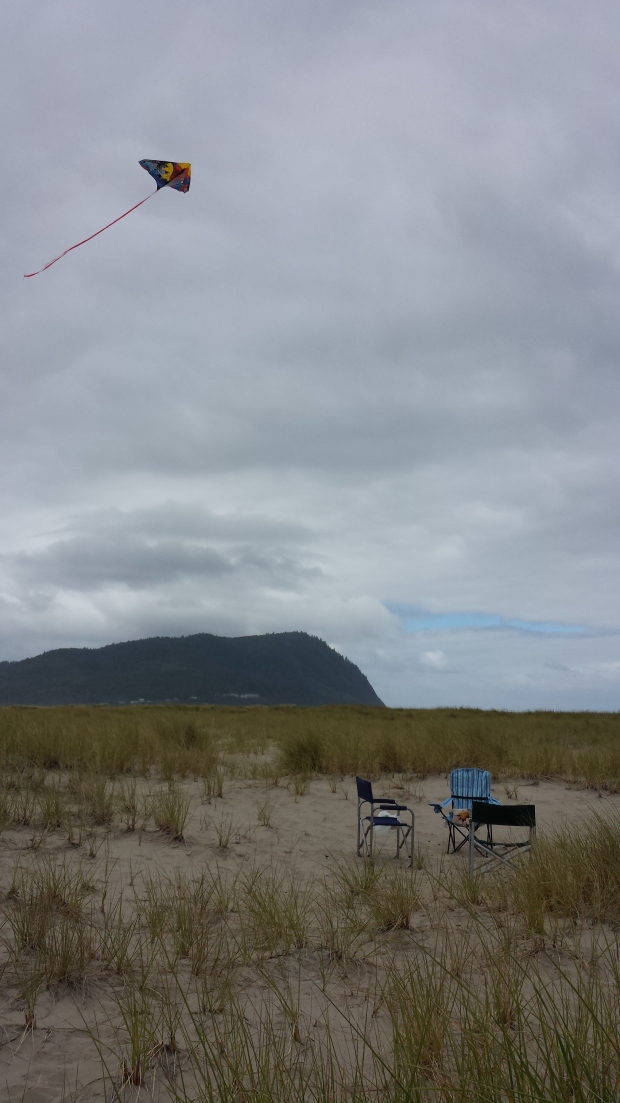 This says ‘Merica in so many ways

Two hours wandering around the tiny city of Astoria waiting for something to open gets old though, so I decided I should hit the beach, crack open my bottle of vino, walk to a lunch place, then find a spot to watch fireworks that night.  Yeah…  Oregon beach.  California beach.  NOT THE SAME.  I took an hour zoning out before I thought I was going to die and freeze, so I headed into Seaside to buy caramel popcorn and ended up hitting the Fourth of July parade every which way that I turned.

Seemed fitting for where I was headed

Spotted at 8am… Determined to go back for beer. 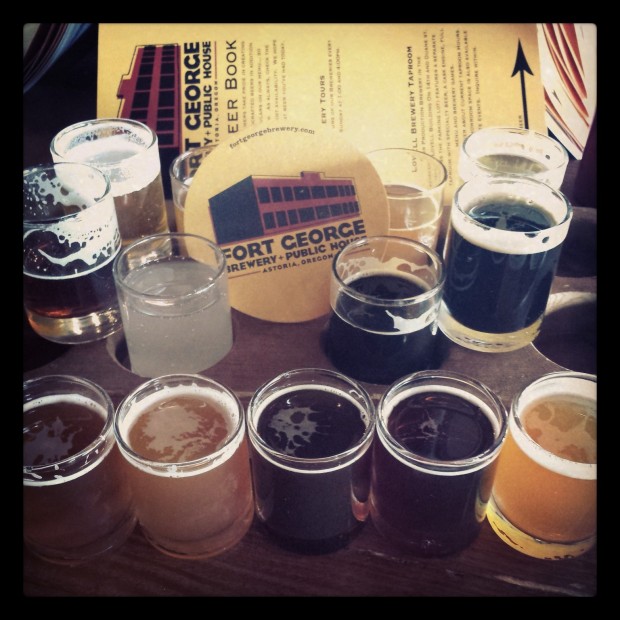 It was too damn cold for wine on the beach and we all know that beer warms souls, so I headed back to Astoria for a beer lunch.  While my 13 beer sampler was helping decide where I should go to watch fireworks and drink wine, the universe had other plans in mind for me.  Change, Ashley.  Let go. 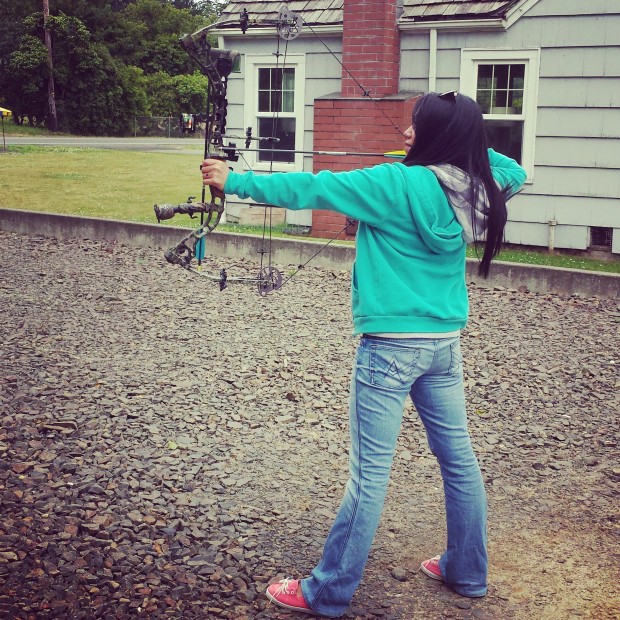 Asian redneck in the making. Awesome. 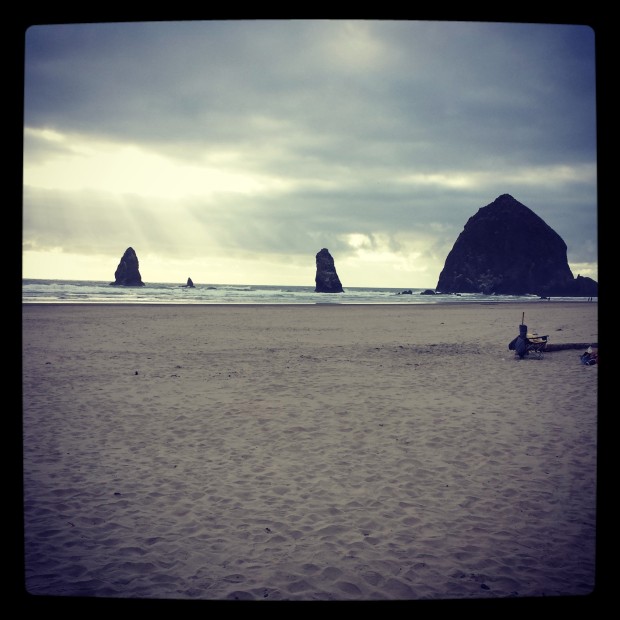 Surfing (or sitting in my case) at Cannon Beach

The road to nowhere always ends up taking you somewhere and mine took me to a group of locals that were awesome.  They were going surfing and invited me to tag along and since I had a VERY full schedule, I tagged along and had a blast.  My Atlanta friend would have been so proud that I got to finally shoot a real compound bow and arrow, which was amazeballs.  I now need a reason to spend money to buy one when I have no intention of shooting anything but a styrofoam block.  And obviously, we enjoyed some local Willapa Bay oysters.  I love these guys!

Strawberry lemonade on a sunny patio 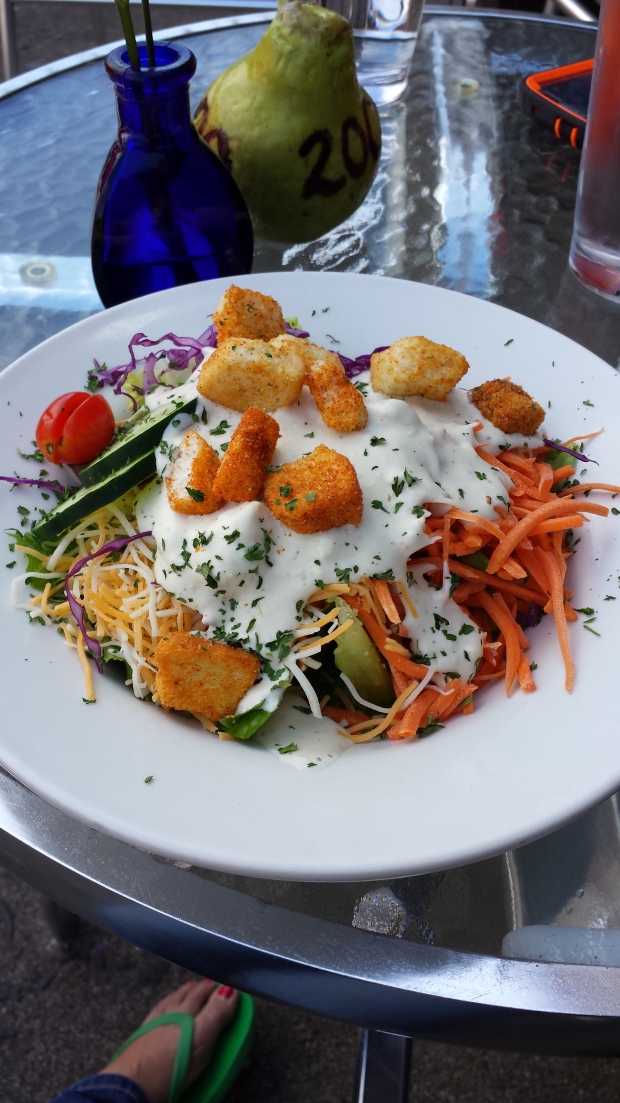 The salad that I was supposed to eat

These people had crazy southern style hospitality and after an evening of drinking, kitchen dancing, and nearly getting my legs blown off by a defective mortar, I ended up staying in Oregon for the night.  I even took the Friday after the fourth OFF from work, except for a few morning conference calls!  And after handling my work biz, my new friend Dylan took me out to see Astoria… starting with food.  Smart man. 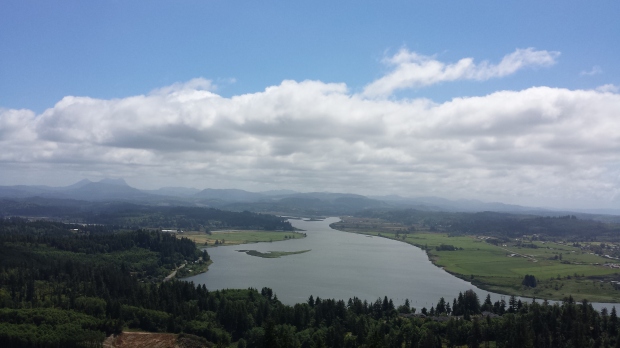 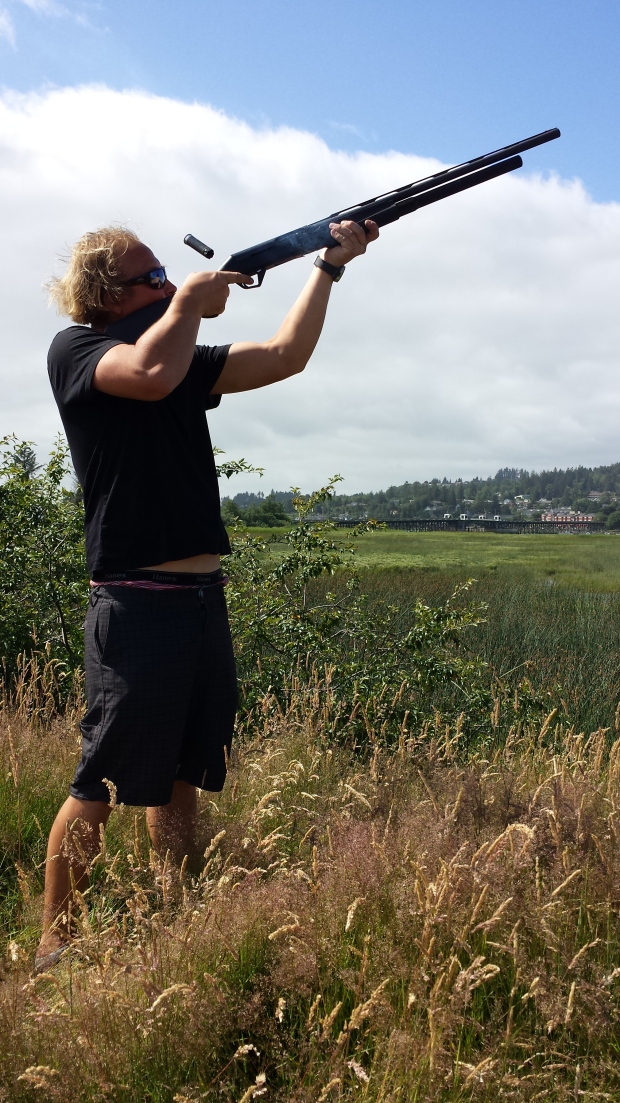 My spontaneous road trip ended with a tourist stop at the top of the Astoria Column and a lesson in shooting clay pigeons.  I may have talked my shooting skills up a little more than I should have, but after an embarrassing round of complete misses and a test to see how good my aim was, I killed it.  Ok, not really…  I got 8 out of like 50, but still felt like a hero.

All in all it was a fantastic solo road trip that gave me some much needed alone time, amazing memories, some new friends, and tons of fun.  Alone time is so therapeutic and I am definitely guilty of forgetting that, but this trip reminded me that sometimes you have to just let go and see where the road takes you…